In the world, there are many Turkey breeds. But these breeds cannot be compared to that of chickens or ducks. Most of the breeds of turkey are used for commercial meat purpose, others are used as pets and others for enhancing beauty for homes.

Farmers normally raise turkeys because of meat as their eggs are not on high demand by consumers as those of chickens. Here you’ll learn about the different types of turkey breeds and the best you’ll need for your farm.

Norfolk Black or Black Spanish or Black Turkey is a British breed of domestic turkey. It is thought to derive from birds taken to Britain from Spain where they had arrived with Spanish explorers returning from the new world.

It is considered as the oldest turkey breed in the United Kingdom. Just as the name implies, it has a black plumage and It is raised mainly for meat purpose because of its superior flavor.

Males (toms) at maturity usually have a weight of 8.2-11.4kg while the females (hens) weigh around 5-6.8kg respectively.

The Slate or Blue Slate is another breed of domestic turkey known for the slate grey color of its plumage. They are lighter birds and are sometimes called Lavender Turkeys.

Turkeys of this breed may actually be any number of shades between pure black and white. Adult hens can weigh about 14 pounds while toms weigh about 23 pounds.

They are among the beautiful heritage turkey breeds.

This breed of domestic turkey is named after its physical characteristics; a relatively small size and an entirely white plumage as well as its place of origin: the USDA‘s Beltsville Agricultural Research Centre in Maryland.

The Beltsville Small White was developed in 1934 in response to market research that said consumers wanted a meaty turkey of small to medium size, with no dark pinfeathers.

So this turkey breed was developed in a breeding program at the Beltsville Centre. The USDA crossed Bronze, Narragansett, White Holland, White Austrian and Wild Turkey genetics.

The Bourbon Red is a breed of domestic turkey named for its unique reddish plumage and from Bourbon County, Kentucky. The breeds’ feathers are a dark base color, with white primaries in the tail characterized by a soft red band and white flight feathers; both the tail and wings.

In the past the breed has alternatively been called Kentucky Reds and Bourbon Butternuts. The bird originated in Kentucky and Pennsylvania in the late 19th century and was created by crossing Buff, Standard Bronze and White Holland turkeys.

The Midget White is another domestic turkey breed named for its white plumage and small stature. The breed is the smallest standard variety of turkey with toms at roughly 13 pounds and hens 8-10 pounds. It weighs only slightly more than the largest chickens. This breed of turkey is mainly for meat.

The Broad Breasted White is commercially the most widely used breed of domestic turkey. These birds have shorter breast bones and larger breasts, sometimes rendering them unable to breed without human assistance (artificial insemination).

They produce more breast meat and their pin feathers are less visible when the carcass is dressed due to their White color.

The birds often grow larger than 40 pounds. Average birds are typically 38-40 pounds (17-18kg). Because of their size. They are flightless and prone to health problems associated with being overweight.

The Narragansett turkey became the foundation of the turkey industry in New England and was especially important in Rhode Island and Connecticut. They have beautiful plumage with black, tan, gray and white feathers. They resemble the Bronze turkey but have feathers of gray or dull black.

Toms are around 10-12.7kg while hens are between 5.5 and 7.25kg. This beautiful bird is mainly raised for meat production. But some persons see them as buddies.

This breed of turkey originated from crossing the domestic turkeys brought by European colonists to the Americas and the Eastern Wild turkeys they found upon arrival.

They are the most popular turkey breed throughout most of American history. The name is from its plumage which bears an iridescent bronze like sheen.

Average live body weight of the mature toms is about 11.5kg while the hens are around 7.25kg. It is raised mainly for meat production.

The White Holland is an old variety of domestic turkey known for its white plumage. It was crossed with the Broad Breasted Bronze in the 1950s for creating the Broad Breasted White which is the most common turkey breed throughout the world today.

The Royal Palm is another breed of domestic turkey. One of the few turkeys not primarily selected for meat production.

The Royal Palm is best known as an ornamental bird with a unique appearance, largely white with bands of metallic black. Its origin is the United Kingdom. Mature toms weigh around 7.3-10kg while hens weigh roughly 4.5-5.4kg.

The Buff or Jersey Buff is a breed of domestic turkey named for its buff-colored plumage. It has a very light or reddish brown plumage which is its defining characteristic.

This breed has not been aggressively selected for production purposes and thus significantly smaller than many modern breeds.

Also known as the Light brown is a breed of domestic turkey. It is one of the rarest varieties currently in existence. It is named after the light reddish-brown color of its plumage.

There is also an extremely rare variant of the Auburn called the Silver Auburn. Toms usually weigh 35 pounds while hens weigh around 19 pounds.

Most of the of the above listed and explained breeds can be raised in the farm as nearly all of them are for meat purpose. 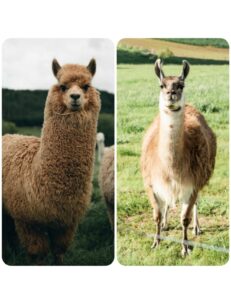 Difference Between Alpaca and Llama 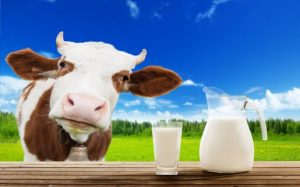